Light is an electromagnetic radiation, this radiation is an integration of different wavelength from the UV (shorter wavelength) to the IR (longer wavelength). Therefore each light beam can be decomposed in different beam of specific wavelength. Below you’ll find details about optical filters and how they can be used to control the flow of light: 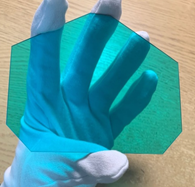 What is an optical filter ?

An optical filter is an optical element that reduce the incident beam signal to a specific part of it, either reducing its intensity or reducing it to specific wavelength range or polarisation.

! An optical filter is often defined with an angle of incidence (AOI), a use at a different angle may shift the value of the cut-on/ cut-off wavelength by several nm.

Below you’ll find presentation and some details abouts the most common optical filters available on the market.

Important factors for the good choosing of a bandpass filter is the center wavelength value tolerance which define where the bandpass will be situated and the FWHM which will define the width of the bandpass.  FWHM value depends on the wavelength requested and can be as low as 1nm, but more common value is several tenth of nanometres. 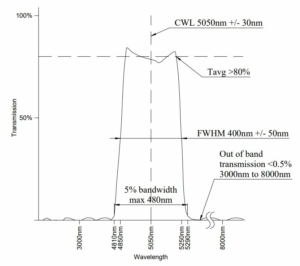 Transmission curve of a 5,1µm bandpass filter, with a FWHM of 400nm.

Longpass and shortpass filters are respectively blocking transmission before a specified wavelength or after it. For example if you have a 850nm longpass filter every signal with wavelength lower than 850nm including visible and UV light will not pass through while longer wavelength like IR light will pass through.

Key points in a longpass or shortpass filters are :

Naming: of longpass and shortpass filters :  The name usually include letter (L & S) for example for Long or Short and a value. The value is the nominal cut-on or cut-off wavelength at 50% peak transmission. 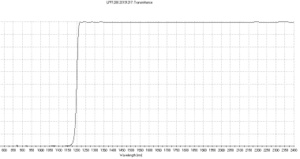 Notch filters can be defined as the opposite of bandpass filters, for vulgarisation we could call them no-pass-band filter. They are blocking only a narrow band of the wavelength while non affecting the transmission of the other wavelengths. 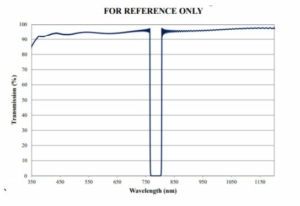 Hot mirrors are shortpass mirrors that transmit the visible and reflect the IR wavelengths.

Cold mirrors are longpass mirrors that reflect the visible but transmit the IR wavelengths. 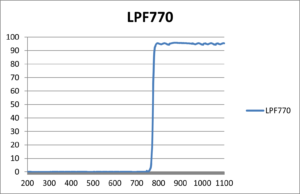 Example of a transmission curve of a cold mirror coating.

Colored glass filters raw material comes directly from the glass manufacturer. Extra coating may be added to enhance their properties and they can be cut in shape, round, square or freeform according to the needs.

There are many suppliers of these materials and therefore many references and transmission curves, it is advised to refer to manufacturers catalogues or to seek for the closest material fitting one’s transmission needs. 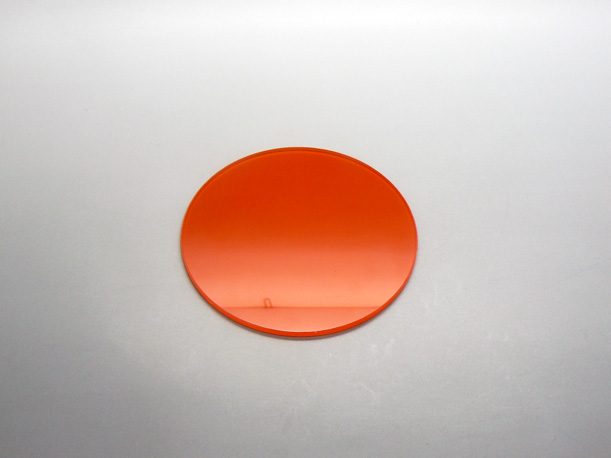 Optical filters used to separate colors on a signal. They can be found in Red, Green, Cyan, Yellow, Blue and Magenta. 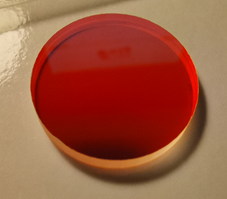 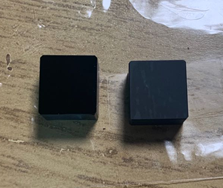 Example of ND filter, with OD0.2

Beamsplitters are used to separate by a specified ratio a signal in 2 distinct signals usually according to their polarisation. They can be made in cubes by gluing two birefringent triangular glass prisms on their hypotenuse, but can also come in different shapes, like plates or wedges with specific coatings. 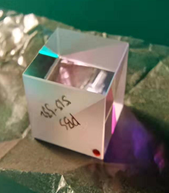 Where to buy optical filters ?

There is mainly two different ways to produce filters, by absorption with mostly color glass filters where the filtering comes directly from the raw material or interference filters made our of multilayer thin film deposition on a substrate.