Germanium famously known as predicted by Mendeleev before its actual discovery in the end 19th century, is widely used in optics as a component material for IR applications.  It has also interesting semi-conductor properties that we will not discuss into details in this guide. 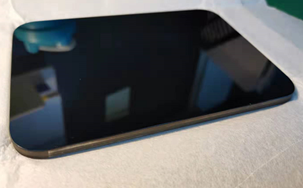 Why is germanium a good optical material ?

While rather expensive (around 1000 USD/kg) Germanium offers interesting optical properties.

It has good transmission in the 8 to 14 µm range covering the thermal Infrared light, therefore it is a material of choice for thermal and night vision. It also shows a high refractive index which enable high open aperture angle optical component’s design.

Interestingly, due to its similar crystal structure to Diamond can be coated with a DLC layer (Diamond Like Carbon) which on top of reducing the reflection on it’s surface add a diamond strong protective layer. Finally Germanium is not transparent in the visible which can be useful to focus on IR light.

What type of optical component can be made with germanium ?

Raw germanium material is rather hard but can still effectively be machined and polished into optical components:

Where to find a good germanium optical component supplier ?

Germanium optical components along with Silicon ones are made by precision optical suppliers usually focusing on IR applications. Due to high value of the material, specialization enables these companies less pressure on the stocks and lower risks of non-quality rejection.

Most of the raw material comes from China, Russia and USA being also important suppliers, quality material is available everywhere.

Don’t hesitate to ask SINOPTIX for more details or quote request for your component:

Other ressources on optics:

Because these cookies are strictly necessary to deliver the website, refuseing them will have impact how our site functions. You always can block or delete cookies by changing your browser settings and force blocking all cookies on this website. But this will always prompt you to accept/refuse cookies when revisiting our site.