Often call “Pyrex” by the public, borosilicate or boro as it is often called is a grade of glass that has been widely used since more than 100 years from cookware to optical parts.

In this article you’ll learn everything you need to know about  Borosilicate glass.

What is borosilicate glass?

Borosilicate glass refers to a glass (inert transparent solid) including more than 5% of Boric oxide (B2O3)  mixed with SiO2, Al2O3 and Na2O. It has a very clear optical transparency and good mechanical properties. Borosilicate is also often used for its resistance to temperature, temperature shocks and chemical agents.

Resistance to temperature shocks, makes borosilicate the perfect material to be used in making cookware that won’t break when taken out of oven and contact much colder material.   Also, the heat and chemical (both alkali and acid) resistance are the reason why borosilicate is a material seen in many laboratory equipment.

For exemple, Fe element will produce green glass, gold elements will make the glass red, while copper and cobalt will be used for blue colors. 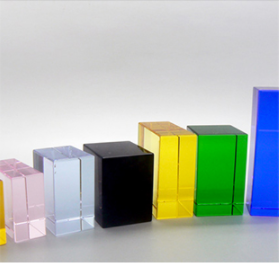 Borosilicate requires higher temperatures to work with, but if preferred by lamp-workers for complex shape parts. Raw material used is in shape of tubes so it can be blown into shapes, colored tubes are also commonly used.

Borofloat is manufactured with the same process as float glass, making cheap very flat glass material plates of different thickness. Therefore borosilicate is a material of choice for window manufacturing.

One of the most common optical glass, Schott N-BK7 is a crown borosilicate, so are its equivalent H-K9L from CDGM and B270 glass. 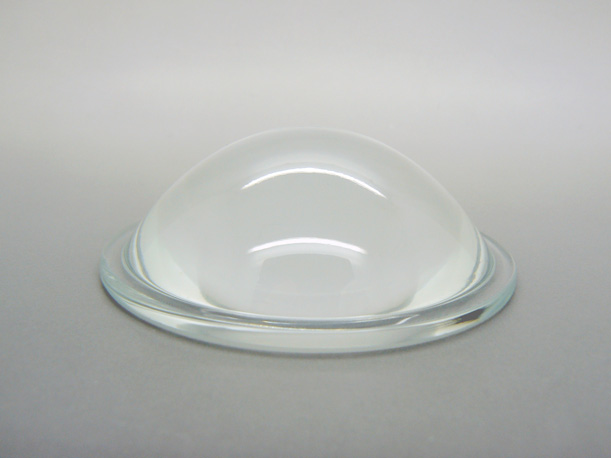 What is the difference between borosilicate and normal glass ?

The main difference, as its name put it is the presence of Boron in the material, which enable a resistance to higher temperatures than soda-lime glass but also borosilicate need to be produced at higher temperatures making it more expensive to produce.

Both materials can be produced in flat plates with the float process, float Soda-lime is usually referred as “Float” and borosilicate differentiated as “Borofloat”.

Borosilicate are name after their thermal expansion coefficient, most common ones being Boro 3.3 and Boro 5.0. Below table cover most of the common specifications of borosilicate :

Where to buy borosilicate parts ?

Request a quote for borosilicate